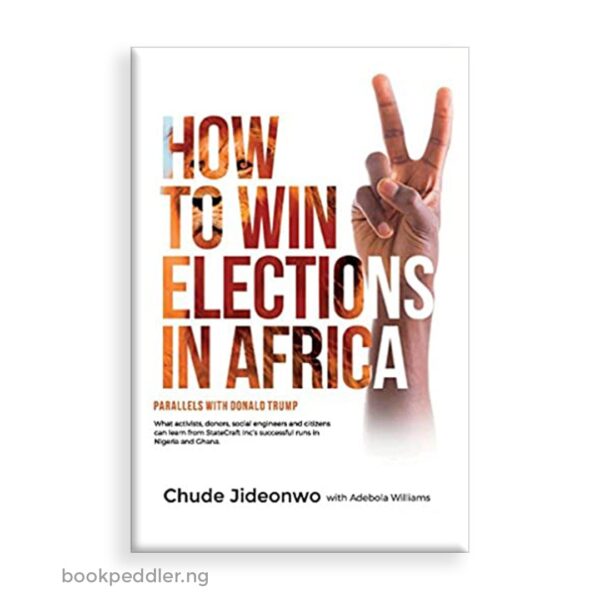 How to Win Elections in Africa explores how citizens, through elections, can uproot the power structures that govern them. It draws examples from within and outside Africa, whilst examining the past and present in a bid to map a future where the political playing field is level and citizens can rewrite existing narratives. Africa stands at the cusp of remarkable change. Citizens across the continent are finally coming to terms with the fact that only they—albeit collectively—wield the most important powers: to elect, to impeach and generally demand the accountability of those in whom they repose political powers. In Nigeria, The Gambia, Ghana, Seychelles, South Africa, Kenya, Liberia, Senegal, Rwanda (to mention a few), citizens have and are demanding the dissolution of political structures and establishments that no longer serve them well. Through their pioneer nation-building agency, StateCraft Inc., the authors of How to Win Elections in Africa have not only encouraged the galvanization towards a citizen-led democratic takeover across the continent, they have also helped ensure successes of these takeovers in at least three Presidential elections in Ghana and Nigeria. Their experiences in this regard, garnered through years of interacting with Africa’s large youth population, is what they have drawn on to write this compendium of essays. The book explores the factors often ignored by social and political activists, donors, campaign organisers, social engineers and citizens alike; factors that actually contribute to successful elections globally and how they feed into the peculiar African set-up. With 35 chapters written with the most optimistic tone, How to Win Elections in Africa goes through the political institutions of every modern democracy and breaks down how each one from political parties to civil societies, donors and social activists, as well as factors such as legacy, messaging, media, and money feeds into the goal of helping citizens make their voices heard through free and fair elections. The book was launched in Yale and the authors have been on a book tour of the United States, Canada and the United Kingdom.