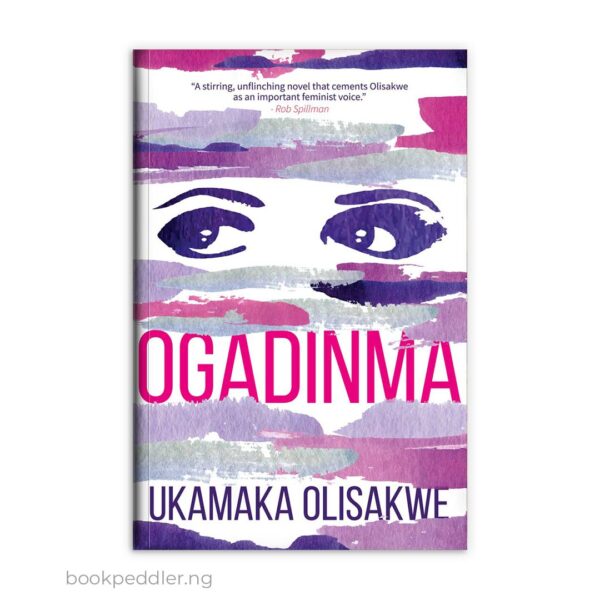 Ukamaka Olisakwe’s heart-wrenching novel tells the story of the naïve and trusting Ogadinma as she battles against Nigeria’s deeply-ingrained patriarchal systems in the 1980s, a time of coups, food shortages and religious extremism.

After a rape and unwanted pregnancy leave her exiled from her family in Kano, thwarting her plans to go to university, she is sent to her aunt’s in Lagos and pressured into a marriage with an older man.

As their whirlwind romance descends into abuse and indignity, Ogadinma is forced to channel all of her independence and resourcefulness into finding her voice and strength in the face of abuse and cultural expectations.

Be the first to review “Ogadinma by Ukamaka Olisakwe” Cancel reply