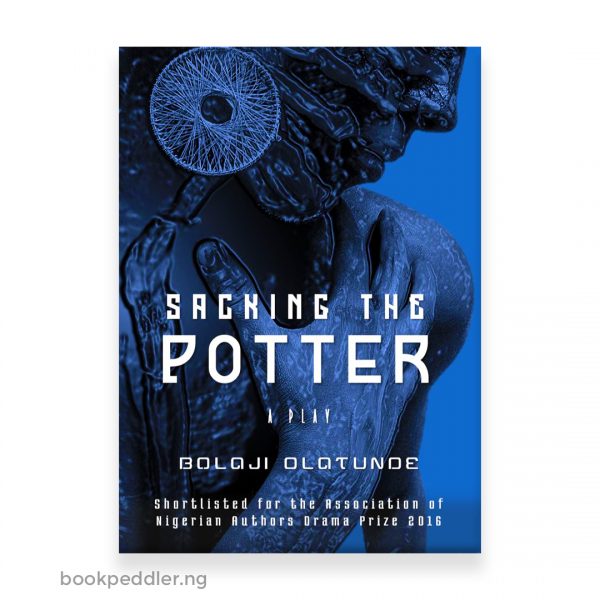 Sacking the Potter by Bolaji Olatunde

Michael Owoyemi is about to close a multi-million dollar business deal on behalf of his demanding employer. On the Monday morning scheduled for the closure of the deal, Biola Owoyemi, his usually reserved wife, physically restrains him from leaving their Ibadan home, insisting that he must stay at home to protect her and their first and only child, their two-month old son, from unnamed forces keen on snatching their child away from them. Trapped in his own home on a day with serious make-or-mar potential on his career, Michael Owoyemi employs every device he can conjure to resolve the first crisis in his three-year old marriage. With a supporting cast of family and friends, some of his choices lead to a gripping tale of betrayal and mysterious consequences.