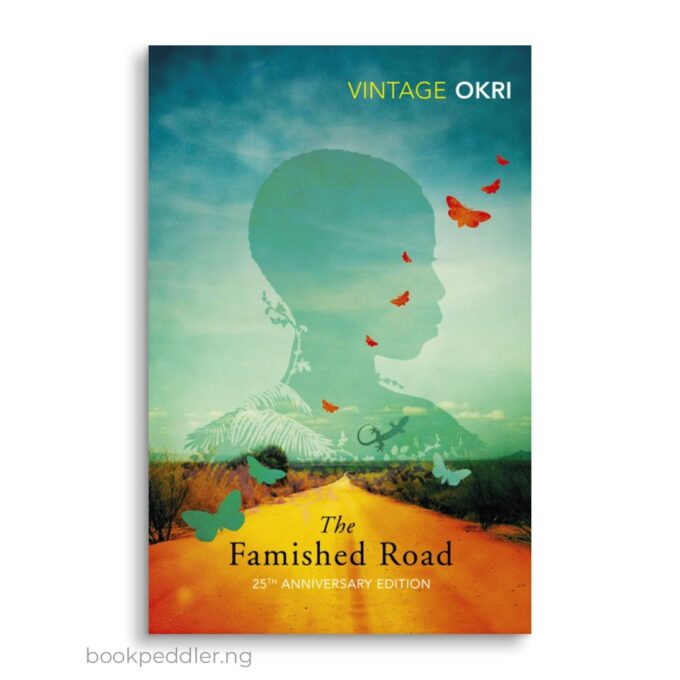 The Famished Road by Ben Okri

The narrator, Azaro, is an abiku, a spirit child, who in the Yoruba tradition of Nigeria exists between life and death. He is born into a world of poverty, ignorance and injustice, but Azaro awakens with a smile on his face. Nearly called back to the land of the dead, he is resurrected. But in their efforts to save their child, Azaro’s loving parents are made destitute. The tension between the land of the living, with its violence and political struggles, and the temptations of the carefree kingdom of the spirits propels this latter-day Lazarus’s story. Despite belonging to a spirit world made of enchantment, where there is no suffering, Azaro chooses to stay in the land of the Living: to feel it, endure it, know it and love it. This is his story.