View basket “Dominion : The Queen in Navara by Dionetta Ekwe” has been added to your basket. 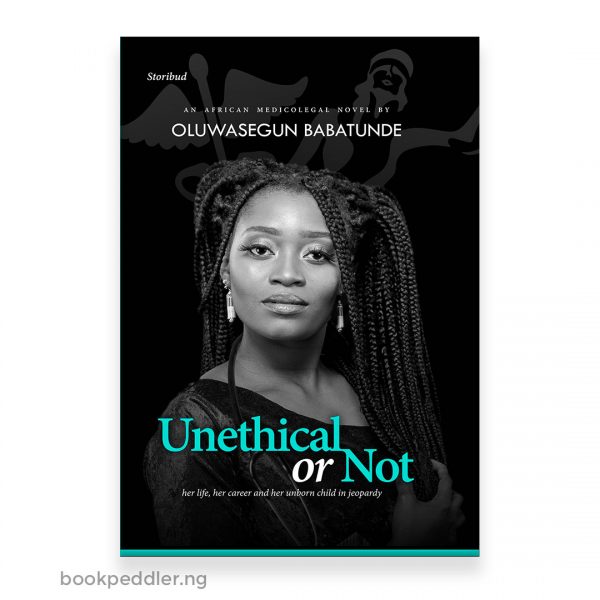 Unethical Or Not by Oluwasegun Babatunde

The sanctity of life is interpreted differently across diverse racial backgrounds, religions and societies. As well, respect for the dead and the preservation of their memory is practised in different, special ways by the different peoples of the world.

Unethical Or Not is the story of Dr. Adeola Jemima Ajenifuja, a Nigerian gynaecologist. She is born into the wealthy family of the Ajenifujas. Her life becomes one of turmoil after she employs her surgical skills to help preserve the lineage of her best friend (Engr. Chukwuemeka Titus Pahoose) who died in her arms, by extracting his sperm cells. Engr. Pahoose was murdered (extrajudicial killing) in cold blood by members of the Special Anti-Robbery Squad (SARS) of the Nigerian Police Force. Adeola posthumously retrieves viable sperm cells from the testes of her friend and gets pregnant with them via an In vitro Fertilisation (IVF) Procedure called Intracytoplasmic Sperm Injection (ICSI). Her life turns upside down when she is sued in an Abuja municipal court by the state. In addition to her travails, she faces the public’s castigation and mudslinging from the media.

Adeola’s story also features, on the side, the lives of some African inventors in her circle, among them is Ms. Lade Tinuke Badejo who invented an advanced cryogenic system. Her days in court span about three weary months. Unethical Or Not is written as a record of the court sessions, her private life, family, friends and the state of affairs in Nigeria in the year 2025.