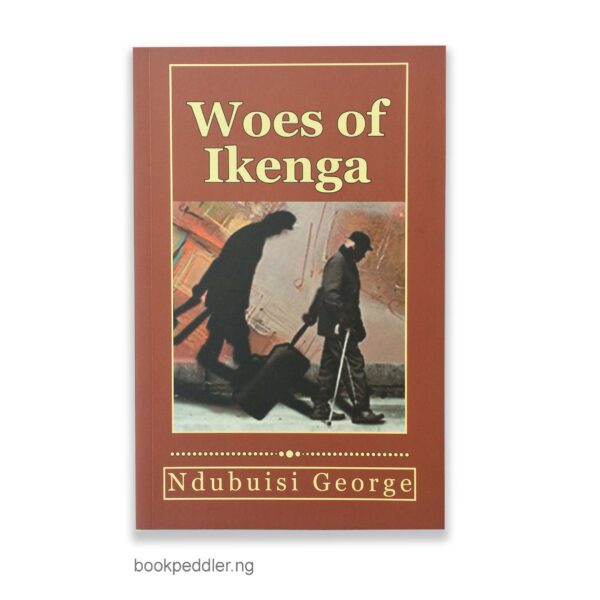 Woes of Ikenga by Ndubuisi George

It?s a new African fictional consomm?, sweet like new wine as it were; but full of substance like an old one; having been brewed from an aged palm on an African fertile soil, yet by a sagacious tapper-son in diaspora. A coherent and competent literature for scholars of African cosmology, culture, philosophy, history and traditional religion (ATR) to mention but a few. This text-visual thriller is at one time calm and intense, and at another pathetic, yet didactic to the world in general. A literary masterpiece and a must read for any who would like to emigrate!? Fr. Ositadimma Amakeze (Author of the Lost Carver, Teeth of a Snail) ?There is progressive awareness widespread among the Igbos at home and in diaspora concerning the ?Greener Pasture? illusion. Woes of Ikenga presents a window-view to what life in Europe could be like; and at the same time a doorway to liberation for the victims of an ?Idealised Treasure Island.? John Paul Afuecheta The author tells a thought-provoking story of the struggle for survival and the illusive search for ?greener pastures? in a land said to be ?flowing with milk and honey.? Woes of Ikenga is the story of a young man?s quest for success in a foreign land. Unfortunately he proves too indoctrinated in the omenani of his people to fit in and ?behave as Romans when in Rome.? Amarachukwu Chimeka (SFEP Associate) ?This is simply fantastic, narrative, engaging and superlatively tantalizing. In this mind blowing and thrilling stories of war and its challenging circumstances in Africa and the erroneous mindset of certitude of greener pasture; once traveled out to the white man?s land, by some Africans, the author has masterfully and courageously stepped towards the shoes of the likes of the Grand Commanders of African literature, Chinualumogu Achebe, Cyprain Ekwensi, Mariama Ba etc. Surely he is a few miles closer to them and will definitely find his voice. The novel is worth anybody?s time?. ___OGUEGBU, OSTENDE UDOKA. Federal Polytechnic, Oko, Anambra State, Nigeria