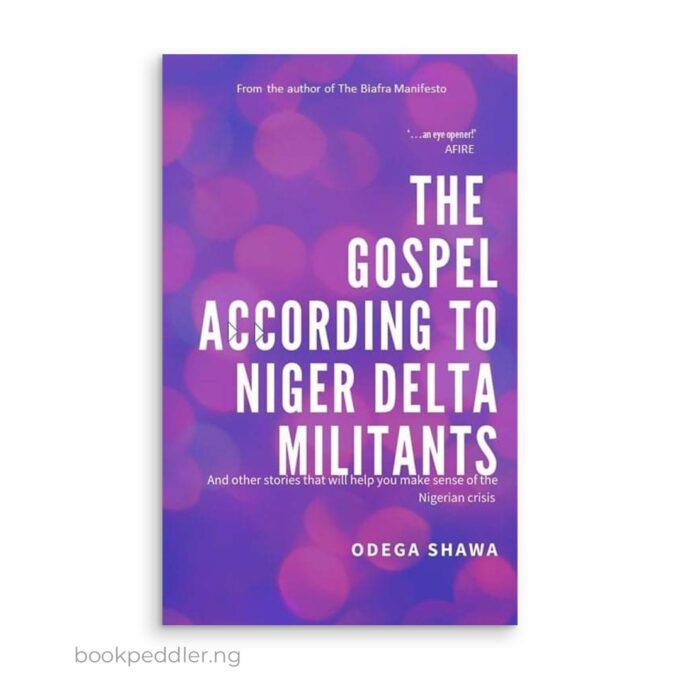 The Gospel According To Niger Delta Militants by Odega Shawa

Nations die. New flags rise in place of old ones. Civic responsibilities metamorphose to new political covenants. Governments crumple against the pressure of opposing forces. Political opposition itself shifts and reforms even in the middle of action. It has been so since Cain clobbered Abel to death and the ultimate seed of all political displacements was sown.

I don’t know about the truth but the facts are naked. Developing countries like Nigeria do not stand a chance of survival without strong political opposition. Yet, despite this fact, governments in Africa generally, and in Nigeria particularly, have continued to carry on as if political opposition is a cardinal sin. This should not be so. There are forms of political opposition that could sensibly be discouraged and condemned, those involving, as in the case of Cain, fratricide. Other forms of it are required for progress to be made in developing mass welfare of any kind.

This small book intends to demythologize the idea of political opposition in Nigeria in a way that will make it less despicable in our political dynamics. It is in no way an exhaustive examination of the thing. It is seminal in nature and it is intended that more could and should be done on the subject matter in the future.

Since the full spectrum of political opposition starts from the non-violent and ends in the violent it is the singular aim of this summary that the objective of every crisis must never be lost, even in the midst of the most mindless insurrection: like revolution.

This website uses cookies to improve your experience while you navigate through the website. Out of these, the cookies that are categorized as necessary are stored on your browser as they are essential for the working of basic functionalities of the website. We also use third-party cookies that help us analyze and understand how you use this website. These cookies will be stored in your browser only with your consent. You also have the option to opt-out of these cookies. But opting out of some of these cookies may affect your browsing experience.
Necessary Always Enabled

Any cookies that may not be particularly necessary for the website to function and is used specifically to collect user personal data via analytics, ads, other embedded contents are termed as non-necessary cookies. It is mandatory to procure user consent prior to running these cookies on your website.