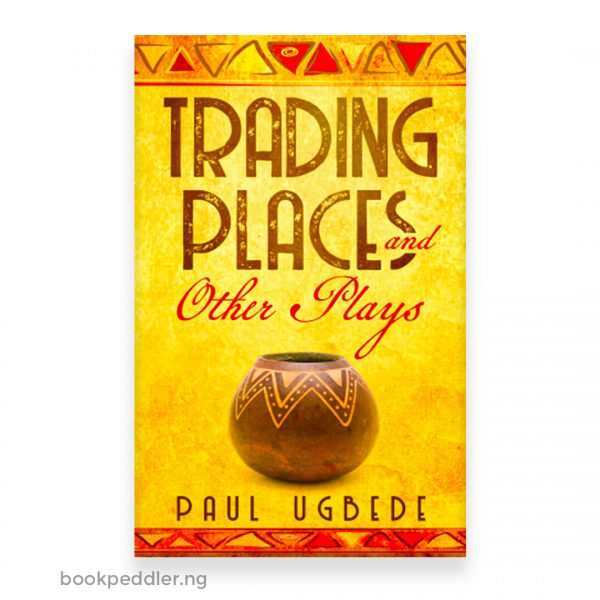 Trading Places and Other Plays by Paul Ugbede

Paul Ugbede is an acclaimed playwright with over twenty plays to his credit and in this collection, he shares five captivating ones, some of which have been performed at notable theatres and festivals in Nigeria and other parts of the world. He is also the author of Piece and Pieces (2019) and Our Son the Minister (2017).

Trading Places is set in Biraidu, a fictitious agrarian rural community. When Omi accepts the challenge to be a woman, ‘just for a week’, he expected an easy deal, but soon learnt otherwise. His experience exposes the plight of women in rural communities, urging them to rise above gender stereotypes and take their place in leadership. With its distinctive symbol of the ‘sealed calabash’, Trading Places is a statement about manhood and calls for equality between the men and women.

In Dialling Love, Audu a young graduate finds himself in love with Bosede, the daughter of Otunba his boss. He knows the implication of crossing Otunba’s path, but for this undying love, he is ready to do anything. His love turns grey when Bosede meets the rich, sweet but strange Fred. Will Fred compete with Audu? Will Bosede choose Audu over Fred? Who is Fred?

Raping the Land is about the people of Nadeta, a fictitious community in the Niger Delta area who have been waiting for the government to keep to their promises and clean up their land and waters destroyed by oil spillage. In the face of confrontation and rising tempers, two fishermen continue to hope. Will there be laughter in the morning?

In Drooping Palms, Imidowojo a junior minister agrees to have dinner with his relative Kwubile and his wife Omeyi to celebrate Democracy day. Kwubile sees it as an opportunity to save his house from demolition but must make some sacrifices to enjoy the dividends of Democracy.

Two Characters Undefined is an existential experiment. Two characters, Phil and Ratty struggle to find a meaning to their lives and define their existence.